Thinking back to when I was 18 years old and a Freshman at Adelphi College majoring in History and Government. My days were pretty conflict free and easy.

I was living in Flushing, NY. in a beautiful Colonial Home. I took the subway to Jamaica, and then got the Long Island Railroad, and took the train to Garden City, L.I.When I got there at about 9:00 p.m. I went from Class to Class. I had lunch at the snack -bar, and by 4:00 p.m., I was headed back to Flushing. I remember that I was able to walk from building to building. It was lovely. It was like being in the Country. Nobody bothered me. at lunch time I sat at a table with a girl-friend, and the rest of the table were filled with young men who either liked my girl-friend, Kitty or me. There were white Christian students and black Christian students and Jewish Students. There were also Chinese students, and Indian Students. I remember there were gay-students on campus also. There was a Society they attended; the Mattachine Society but there were no demonstrations, and there was no hostility between any of the students. The black students sat by themselves. I think I was the only one who talked to them out-side of our classes.

When we have had a speaker from the Israeli Consulate at our Meetings, the speakers tell us that the worst problem facing them is the trouble on American College campuses.

Why don’t Jewish parents speak to their children who are college-students .and tell them what is happening in Israel today? American-Jewish parents know that there is no peace between the Palestinians and the Israelis. And they don’t know why there is not?

Most American-Jews are unfamiliar with the problems of Israel. The American economy has not been good. Money buys less than it did it the past. Both parents work. They have trouble at their jobs. Jobs are not as secure as they were years ago. The parents may not like their jobs. Both parents need to work to support their College children.

I have two sons in their Fifties. They are well-educated, married to well-educated wives. The older son has two children, a girl of 20 and a boy of 18. If they are to finish college, both parents will have to work. It’s hard to compete at a job and raise children at the same time! Some parents want to give their children a secular education, training them to enter the labor- market, and keep up with their religious education. Something has to give!

I am a fund-raiser for Israel. Israel has been my interest and my passion since I was little and knew that my father’s family in Warsaw was being killed in the Warsaw Ghetto because they were Jews, and, subsequently, I saw documentary films, about the war years. Had America lost the war; Russia would have gotten rid of its Jews, also. Today, we have Ecumenism, and the Christian People, especially the Fundamentalists are strongly supportive of the Jews.

Today, both the Jewish and Christian young are being assailed by the Moslem Youth. The middle-East today has extremist Muslims to whom both the Jews and Christians are Infidels! or unbelievers! What is to be done about this?

“MY MIGHTY RIGHT-HAND” Organization is our answer!  The “Mighty Right Hand” is initiating a group of courses in Oranim on Tivon, Israel which will seek to re-claim the role of the American Jewish and Christian Students on the College Campuses in the United States. This link will take you to the Oranim Summer Program, curriculum, and costs: Oranim Summer Program

What better way to memorialize a loved one than with the planting of a tree in Israel? For a donation of $100, The Israel America Foundation will plant a tree for a family member or friend on the o…

Source: Donate $100 To Plant A Tree For a Loved One In Israel

via Elaine Levitt: My Life, My Journey, My Love For Israel — Site Title 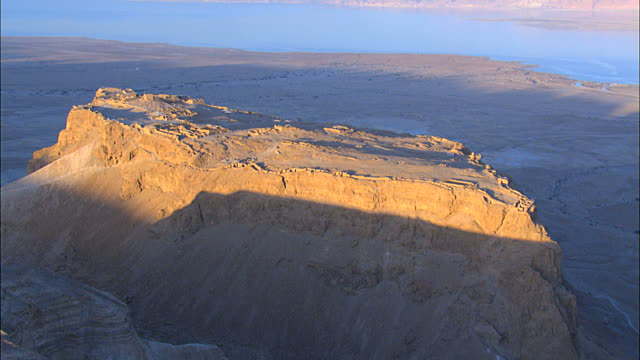 Hello and Welcome to my blog.  My name is Elaine Levitt and I am a Fund-Raiser for Israel.

I didn’t start out to be a fund-Raiser. Frankly, growing up I wanted to be a Lawyer, and when I married at 21 to a Scientist, I just wanted to be his wife; and to raise healthy children. Yet I found an abiding interest, that dwarfed my petty dreams…

I was the oldest of five. I was married in September of 1958 just past my 21st Birthday to a highly intelligent, wonderful man. His name was Arnold Levitt.

Later, I found that my husband was often subject to depressive moods brought on by something that he could not name, which increased steadily and proved unresponsive to Electro-Shock Therapy.

The Shock-Therapy combined with his biological pre-disposition for depression proved ultimately fatal.  He died in August, 1973 of Cardiomagaly (an enlarged heart). I believe his death was hastened by his depression.  His monument stands today in Washington Cemetery.  I was devastated by his death but I had to find work. I had two children.

After many months searching, I landed a job at The Israel  Histadrut Foundation (IHF).  The I.H.F. was a fund-raising planned-giving organization headquartered in a Mansion on East 67th Street in New York.

After some years, The Israel Histadrut Foundation announced a position as Associate Director. They allowed all the Secretaries to try out for this position, including me. Nobody knew the job as I did, and so I was promoted. I was no longer a Secretary. I was removed from the Secretary’s Union and I became a minor executive. However, the problem was; would I be able to fund-raise for Israel?

The ‘Israel Histadrut Foundation’ (IHF) was a Fund-Raising Organization for Israel, so I had to sell Israel!   However, I had never gone to Israel before; so it was decided by the President, and the Executive Vice President that I would take a trip to Israel. My first trip to Israel was actually two trips  Trip # 1 with my group that I helped get ready for the Trip (The Israel Histadrut Foundation) and the 2nd was with the Pioneer Women; the American Women’s Arm of the Histadrut.. I went with both Groups to Israel via El-Al through Isram (The travel agency founded by the President of the IHF, Dr. Sol Stein.) He was my mentor.

My Love For Israel

The Mission to Israel took  me to the Hospitals and Clinics of Kupat Holim CLALIT (Kupat Holim Clalit, a Non For Profit Organization was the name of the  hospitals of the Histadrut.) All people who worked in Israel for an Employer and those employers who had less than 15 people working for them belonged to HISTADRUT and were insured for Hospitalization, Doctor visits, and Medication.) AMAL was also a Non Profit Organization  organization of Histadrut ( Amal was the trade Schools-  a Network of Technical High Schools and Colleges) and MISHAN,  was another Non-Profit Organization of the Histadrut (A Network of 10 Independent-Living,& Assisted-Living nursing Homes as well as three Orphan Villages that also accepted children in need and disabled children( Ages 7-17).

The Orphan Villages had surrogate parents simulating parenting and for younger children, they lived in special little houses on the alloted land (Otherwise, a simulated home-life) in the Facility and the children would go to the local schools.)  The Histadrut had Kibbutzim that were affiliated with their Movement. Kibbutz Ginossar; had the largest Hotel of the Kibbutz Movement and Colleges, such as ORANIM, ,which was the largest and best TEACHING COLLEGE in the North, and was originally a school for ‘Metapolots’ ( Kibbutz Teachers)

These first trips introduced me to the geographical areas of Jerusalem, Tel Aviv, Tiberius, and Haifa, and I saw the closeness of Jordan and Egypt to Israel.After I came back from my trip to Israel, I was able to incorporate my actual knowledge of Israel with the IAF’s Will’s and Annuity Programs

American Jewish Organizations like the United Jewish Appeal and Federation, primarily helped Jews in the United States. Whereas, the ‘Israel Histadrut Foundation helped Israel’s non profits exclusively, and through the methodology of Planned-Giving was able to make a Middle-Class person, at the time he was made his/her Will; a Big-Giver!

If a charitable person knows what type charitable Organizations in Israel he/she wants to contribute to; hospital, Nursing-Home, Orphans community, Trade School, etc. and what he/she wants his charitable funds used for,  that person can have a great deal of creative fun creating a legacy for Israel that proudly bears his name and his family’s name.

I  started in 1973 as a Secretary, and now  it was 1995.I had worked from 1973-1995 at the Israel Histadrut Foundation. There was a new President; now. He worked on changing the Charter and the Mission of the Foundation. The old President, Dr. Stein, was retired, and the Executive Vice President, Mr. Smolin was Fired . Change was in the air. I determined then and there to leave and to start in a Charitable Organization of my own in which I would raise funds for the Organizations in Israel that I deemed meritorious, after 23 years of experience and now  was 1996; and we started a new Organization; The Israel-America Foundation.

It is  September, 2016 and we have have been fund-raising now for the last 20 years in the new Organization. We called it the ISRAEL AMERICA FOUNDATION and we fundraised for nine Israeli Charitable Organization predominantly by means of Planned -Ggiving.

In the pages of my Blog I will delineate the nine Israel America Foundation Charitable Organizations, as well as the 10th, the ISRAEL AMERICA FOUNDATION  in the United States  Please, feel free to peruse, discover, and donate.

For Information on The Israel America Foundation and how to donate, request information below: 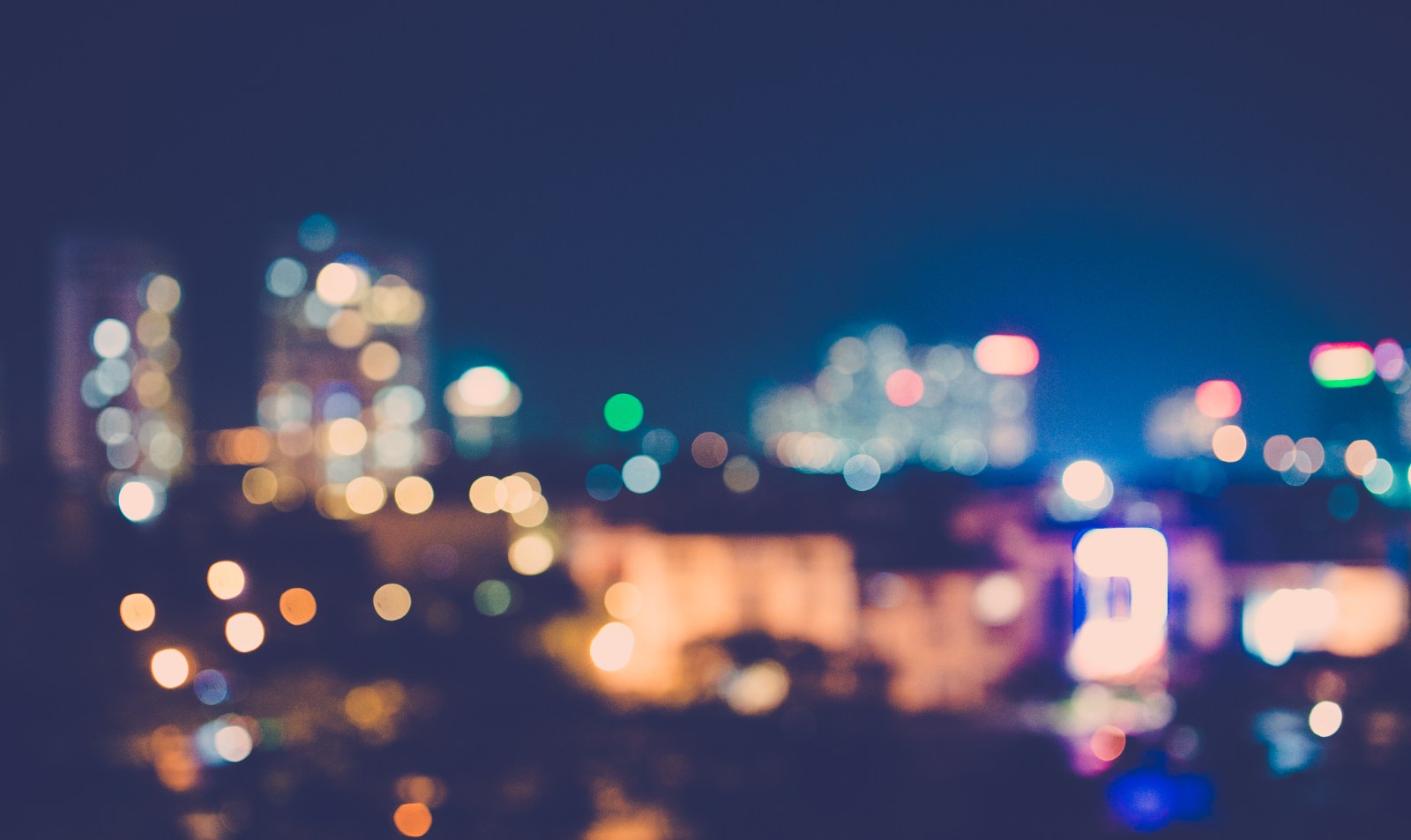 This is the excerpt for your very first post.

This is your very first post. Click the Edit link to modify or delete it, or start a new post. If you like, use this post to tell readers why you started this blog and what you plan to do with it.